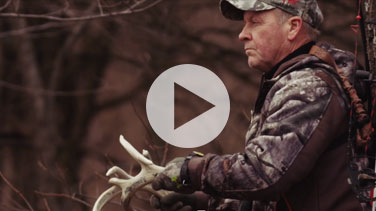 David and Jeff Lindsey have been hunting together since Jeff was big enough to tag along with his Dad in the deer woods. Growing up in the south, the Lindseys learned early in life that hunting was an important part of their heritage. It gave them a chance to combine some of their favorite things - family, friends, and the outdoors - and they vowed to pass this legacy on to all that came after them.

David and Jeff have always been fond of whitetails but took this love to the next level when they moved to the Midwest to pursue their dreams. In 2008, they debuted on Drury Outdoors and later competed on Dream Season for 4 years. Following 8 years on outdoor television, they now have their sights set on showing the world The Lindsey Way.

For over 15 years, Outdoor Channel has been a pioneer in the industry and it continues to be the innovating leader for quality outdoor entertainment. The combination of thrilling content, original programming, HD simulcasting and a first in class broadband offering means that Outdoor Channel dominates an editorial category that boasts nearly 90 milion enthusiasts who spend around $120 billion a year on outdoor activities.